GET 'EM WHEN YOU CAN

If you are traveling to see us to drink a specific beer or fill a growler,  please don't hesitate to call the taproom directly to ask if it is available! This lineup can change at a moments notice so please take the below as a snapshot in time. Cheers!
​Peacemonger Kölsch
A German style Kölsch that is light and refreshing with a slightly dry, crisp finish. The perfect brew for warmer summer days. ​
ABV: 5.5% IBU: 25
​

Black is Beautiful Imperial Stout
This Imperial Stout is a collaborative effort initiated by
Weathered Souls Brewing Co. with the goal of raising awareness for the injustices people of color face. Brewed with 10lbs of dark chocolate and 90lbs of strawberries, this dark and decadent, full bodied stout comes in at 10% with smooth chocolate notes and a subtle finish of the strawberry coming through at the end. 100% of the proceeds from this collaborative effort will be donated to The Montana Racial Equity Project. We have a very limited amount of bottles on hand as well.
ABV: 10%
​

You'll have to come back another day...
​

5 Phantoms Pumpkin Spice Barleywine
OG: 1084 ABV: 8.5% IBU: 20
With a mesmerizing spiciness and intense malt flavor, 5 Phantoms Pumpkin Spice Barley Wine is a rich beer with a deep autumn amber color. The name comes from the five basic ingredients: water, barley, hops, yeast & spice. But don’t be fooled, we use a long list of spices to create this enchanting, complex flavor including vanilla, ginger, nutmeg, mace, cardamom and two kinds of cinnamon, all of which are procured at Butterfly Herb in Missoula. We use 3 types of pumpkin squash from Grogan’s Harvest and comes in on the low end of Barley Wines at 8.5% ABV.  Don’t wait to try 5 Phantoms, it tends to vanish with the first sign of the new year.

​Corners Porter Coffee Porter
OG: 1064 ABV: 6.6% IBU: 65
Breakfast beer, anyone? Our robust porter is a classic of the style, exhibiting strong roasted and chocolate notes with a minimal hop presence. By itself, it is a smooth yet powerful porter that easily satisfies any fan of the black arts. It is well known, however, that great beer takes great coffee, so we decided to combine this perfect porter with our other favorite beverage! We use coffee from a Philipsburg shop, Jackalope Joe's to give this beer a distinct but subtle coffee flavor and aroma. Porter's Corner was a little bar down the highway where none other than Charlie Pride used to strum his guitar. Here's to you, Charlie!

Open Season Oktoberfest
ABV: 6.3% IBU: 30
On the eve of rifle hunting season, we bring you this Marzen style lager that has a beautiful copper color, a toasty yet slightly sweet aroma and flavor with a dry finish. Come check out our take on a classic German stye rooted in celebration!
​
Practice Makes Pilsner German-style Pilsner
ABV: 5.1% IBU: 30
With practice and patience a lovely pilsner can be achieved. A light, refreshing and crisp lager that is meant to be enjoyed on the streets of Philipsburg while the sun shines (which it does over 300 days a year 'round here).
​
S50 India Red ale
ABV: 7.1% IBU: 80
For the fourth year in a row, are releasing S50 India Red Ale, in honor of Welles Remy Crowther who died saving the lives of others in the World Trade Center attacks on September 11, 2001. Welles was a teammate and friend of our brewer Ben Johnson.
Welles is remembered as smart, loyal, athletic, and self-disciplined, among many other impressive qualities. At 18 years old he completed the New York State training program in firematics and became a member of the company dealing with various emergency situations and fighting fires. His degree in economics from Boston College eventually led him to be an equities trader on the 104th floor of the World Trade Center.
The final hour of Welles’ life remained a mystery until eyewitnesses reported a man in a red bandana, covering his mouth and nose, organizing rescue efforts, directing victims to safety and making multiple trips up and down the only stairwell open for escape.
Welles’ mother knew he always carried a red bandana so she sent photos of him to the witnesses who confirmed Welles was the “Main in the Red Bandana” who saved multiple lives on September 11th.
His name can be found on the South Tower Memorial on the 50th panel, which is where this beer, S50, gets its name.
In honor of a true hero, Welles Remy Crowther, we are donating $1 for every pint of S50 sold to the Welles Remy Crowther Charitable Trust.

There and Back Again Dark Mild
ABV: 3.8% IBU: 19
This session ale is reminiscent of 17th century days spent in a British pub, where the low alcohol would allow for patrons to have a “session” of beer drinking. The term “mild” refers to the lack of hop presence. This smooth, light-bodied ale is focused heavily on the malt profile giving a grainy, bready flavor and a darker color to boot.
​
Incarcerator Dopplebock
ABV: 8.2% IBU: 20
With its chocolate, malty characteristics, the Incarcerator Doppelbock is a traditional German lager that goes down smooth. But don’t be fooled, doppels traditionally pack a prison-style punch of 7-9% ABV and ours is no different. As a nod to the original doppelbock, Ayinger “Celebrator”, most breweries use the suffix “-ator”. The original batch was brewed on the 100th anniversary of the Granite County Court House, hence the name. Be warned, small town charm can only get you so far after a couple Incarcerators.
​
McGuffin IPA Series
ABV: 5.9% IBU: 45
Current offering: OG New England IPA
Plot twist: We just tapped an IPA and it's here to stay...sort of. Follow along as the brewers change the IPA with each batch to experiment with malt, hops, methods of hopping and more to create a constantly changing IPA that will always keep the same name.

Hygge Baltic Porter
ABV: 7.7% IBU: 35
Sweet, dry and elevated alcohol content make for the perfect combination to assist in achieving "hygge".
Pronounced "hoo-gah", this is a Danish concept of hunkering down during the winter, defined by the Oxford English Dictionary as "to cherish oneself; to keep or make oneself snug". Snuggle up with us and a toasty Baltic Porter and settle in for the winter.
​
Don't Call Me Honey Saison
ABV: 6.4% IBU: 22
Don’t Call Me Honey Saison is brewed with sage and Kate’s Honey - from just down the valley in Hall, Montana. In its final days, the brew was dry-herbed with pink peppercorns, and more sage.  The outcome is new take on a traditional Saison with a zesty aroma and slightly more sweetness that highlights the clove and vanilla notes that emerge from the yeast strain used.
2018 Best of Craft Beer Gold Medal - Specialty Saison
2019 Honey Beer Competition - Fruit/Vegetable/Spiced Beer
​
Danke Dunkelweizen
ABV: 4.9% IBU: 20
Danke Dunkelweizen is our informal take on a German style dark wheat beer. It's light, it's creamy, it's malty. At only 4.9% and 20 IBU, this is an easy drinker. Danke for asking.

Irish Twins Session Irish Red
A COLLABORATION BREW WITH DRAUGHT WORKS BREWERY
ABV: 3.7% IBU: 20
Irish Twins, a Session Irish Red Ale, is a sister beer to our friends at Draught Works Brewing in the big city of Missoula, theirs being an Imperial Red. Our twin is a highly drinkable beer that’s true to style in that it’s malt-focused and dry, yet we scaled the ABV back to make it your new go-to day drinking brew. Notes of bread and caramel are present with a
dryness due to the roasted malts. It has a slightly sweet and very clean finish. Here’s to great brews and better friends. Slainte!

Czech One-Two Czech Style Pilsner
OG 1056 ABV: 5.6% IBU: 25
Here at the Philipsburg Brewing Company, we love live music and enjoy supporting the artists who grace “the mezz” every weekend.  Czech One-Two is a crisp Czech-style pilsner with a distinctly American twist: more alcohol, more hops and lots of delicious malt flavor. The city of Pilsen in the Czech Republic is famed for its light beers, made possible because of the nearly mineral-free water the brewers have at their disposal. P-burg’s municipal water, drawn from cold, pure Fred Burr Lake and blended with a touch of mineral water from Silver Spring mimics the Pilsen water almost perfectly. Cheers to beer and cheers to  live music!
​
Black Pine IPA
OG: 1060 ABV: 6.5% IBU: 70
This "Cascadian Dark Ale" is a first for Philipsburg Brewing Company. Characterized by very dark color with lots of hops, Black IPAs are a hybrid style, blending the best aspects of IPA and Stout to deliver a smooth, dark, hoppy beer with minimal malt presence. Our Black Pine IPA is a tribute to the Wilderness Act of 1964, and showcases the roasty character of roasted wheat and de-husked roasted barley and the piney notes of Centennial, Chinook, and Nugget hops.
​
Montexas Special Bitter made with Triticale
ABV: 4.2% IBU: 40
Montexas is a collaboration with Texmalt, a specialty maltster out of Ft. Worth, TX.  We were chosen to work with them for a malt conference in Bozeman in February. It is a Special Bitter, an English-style pub ale, we made to highlight the malt Texmalt provided us.

We used their Wildfire Pale malt for the base, some of their oats for body and mouthfeel and finally added some of their Triticale. Triticale is a hybrid of wheat (tritium) and rye (secale) it adds a hint of spice and a dry finish to the beer. This beer is under-carbonated to mimic the British tradition of real ales and to accentuate the body/mouthfeel of the beer.

Chardonnay barrel aged Saison
ABV: 6.0% IBU: 22
Using the same base beer Ropeswing Saison, we then age it in Hungarian oak Chardonnay barrels for more than 6 months adding a pear, grape and vinous finish.
​

We hate goodbyes...
#500 Double IPA
ABV: 9.2% IBU: 100
On July 19th, 2018, we brewed our 500th batch of beer! To celebrate, Ben came up with the biggest single-mash brew in the history of PBC. The result is a slightly sweet, fruity IPA that doesn't mess around. Come celebrate with us!
​Vacation American Brown Ale
ABV: 5.0% IBU: 12
Herbal and crisp, this American Brown Ale is the perfect pairing to a day on vacation, whether you actually are or just wanting to pretend that's the case. "With you by my side I'm gonna get back alive from my next vacation." 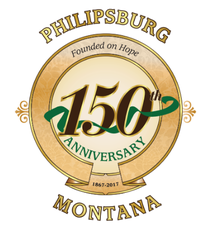 ​Sessionquicentennial India Session Lager
ABV: 4.3% IBU: 30
In honor of Philipsburg's Sesquicentennial (150th anniversary summer 2017), we released "Sessionquicentennial" India Session Lager. With a hop-forward aroma and flavor and brewed with lager yeast for a crisp finish, this beer is sure to be a crowd pleaser. One batch only -- don't miss it!
Hoptower VI
ABV: 6.7% IBU: 65
The sixth variation in our single-hop series is made exclusively with Centennial hops. One batch only -- get it while you can!
​Silver Chief IPA
OG: 1064 ABV: 7.6% IBU: 65
Our summer IPA is dry hopped with copious amounts of a combination of hard to get whole leaf hops (Amarillo, Citra & Mosaic) that give it a dank citrus and tropical fruit aroma. A solid malt backbone gives just enough sweetness to carry the bitterness of Cascade and Chinook hops, as well as the 7.6% ABV. Named after the chair lift that brings mountain bike riders to the top of the backside of Discovery Ski Basin this IPA will give you reason to bomb down the trails for another pint.


NewlyRed Double Red
OG: 1068 ABV: 6.9% IBU: 80
Our first single-hop beer, NewlyRed is a battle royale of Centennial hops smashed up against a huge malt profile derived from generous amounts of caramel, Munich, and melanoidin malt. The rich red color is a hint of the massive malt flavor, and the piney, minty aroma is a suggestion of the power of one of the most popular hops in craft brewing. Far from being angry at sharing the same glass, however, these two titans of beer from opposite ends of the flavor spectrum combine their powers and let the drinker know the beautiful potential of cooperation.